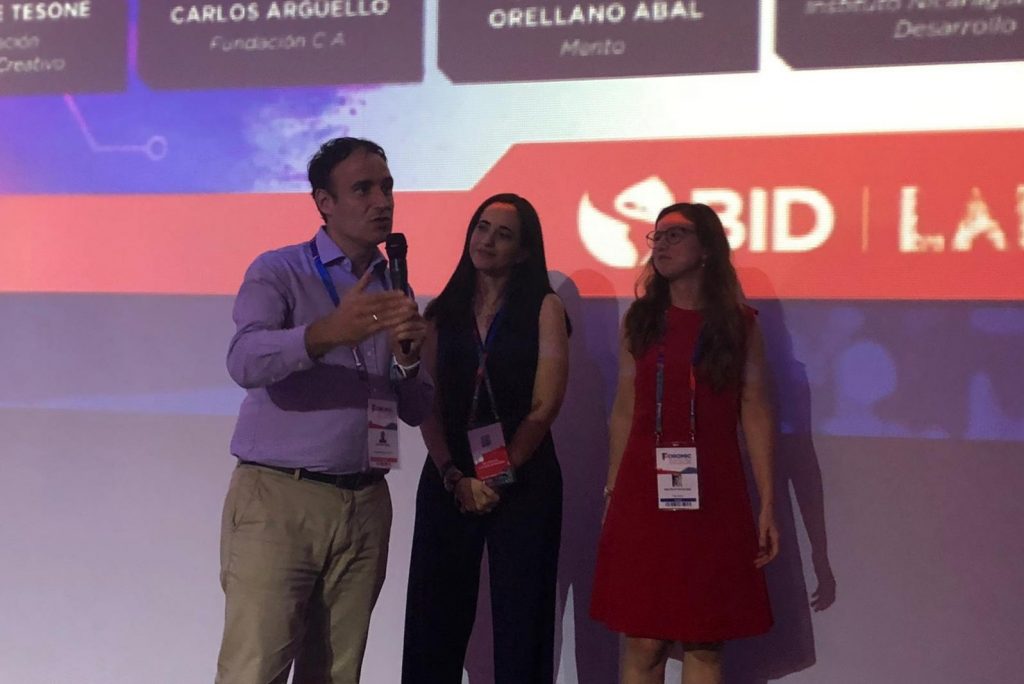 The Inter-American Development Bank (IDB) announced today the 12 shortlisted proposals
for the first edition of the Orange Innovation Challenge,
which seeks to recognize the most innovative business models that
are using cutting-edge technologies for specific sectors of the
Orange Economy.

The 12 proposals will be considered by IDB Lab to select those
that will enter a later stage of co-creation and financing with
donation resources of up to US $ 500 thousand. As part of the awards,
a representative of the shortlisted team will participate in the FOROMIC
to present their proposals and select the winner.

The 12 proposals were selected by a panel of external experts and the
IDB from each region of Latin America and the Caribbean, based on the following criteria:
use of disruptive technologies, model innovation, scalability potential,
financial sustainability, among others.

The finalists of the Orange Challenge that will present their proposals in FOROMIC are:

Of these 12 entities, Fundación Espacio Creativo and Mento were selected for a co-creation stage and will receive financing from the IDB Lab.
para una etapa de co-creación y recibirán financiamiento del BID Lab.

277 proposals were submitted to the competition from the 26 borrowing member countries
of the Bank in the following sectors: audiovisual, digital arts,
animation and video games; multimedia applied to the publishing industry; support
media for digital content; technology to innovate in the film
and music industry ; and fashion, design, tourism, cultural heritage
and gastronomy.

We believe in Design

We work with efficient design and production models with avant-garde processes that provide quality of life in private and collective outdoor spaces.